Getting United States citizenship is a long process. If you have a US nonimmigrant visa, then it is very difficult since you are not allowed to apply directly for citizenship. You must first get a US immigrant visa, which is otherwise known as a Green Card. 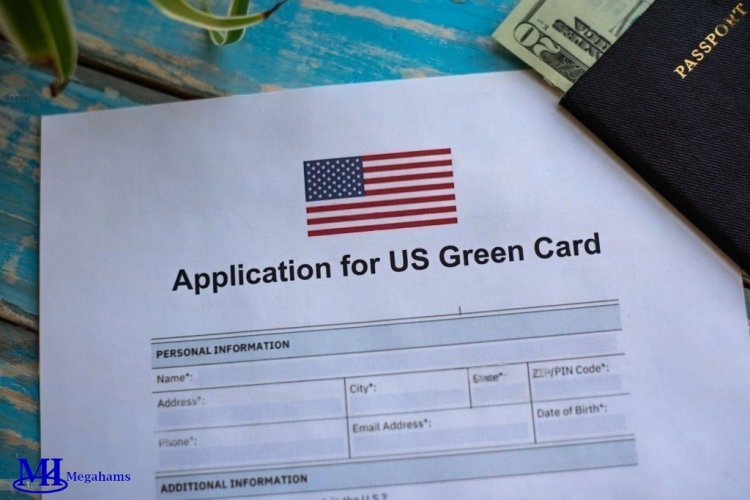 Some U.S. nonimmigrant visas are dual intent ones, meaning that once you fulfill the requirements, you can change your status and get an immigrant visa. When you have an immigrant visa, you must maintain it for five years to be allowed to apply for United States citizenship. Continue reading for details on how to get U.S. citizenship.

Immigrating to the United States means relocating permanently by obtaining a green card (officially known as an immigrant visa or lawful permanent residence). It allows the holder to work in the U.S. without restriction and can also be renewed indefinitely. But most importantly, a green also provides a pathway to U.S. citizenship.

However, Green cards are not available to everyone, and applying for one can be time-consuming and expensive. People often use temporary visas instead of permanent ones when they visit the country for work, study, or family visits. These visas (officially called "nonimmigrant visas") are usually renewable and suitable for multiple visits, allowing you to stay in the United States for a long time.

Meanwhile, this article will focus on the options for permanent immigration to the United States. However, many people start on temporary visas (such as F-1 or J-1 student visas) before gaining green cards. You should consider opting for a temporary visa to help you achieve your goals if you don't currently qualify for an immigrant visa.

To immigrate to the United States, you'll need to figure out which type of green card you're eligible for. You'll likely only be able to immigrate if you qualify for one of the following.

Furthermore, the first four categories — EB-1, EB-2, EB-3, and EB-4 — focus on the skills you bring as an employee. However, in some cases, you'll need a U.S. employer to sponsor your application; in others, you'll have to demonstrate extraordinary abilities or specialized training. The EB-5 green card, on the other hand, is a little different; it's issued to investors who spend between $500,000 and $1 million creating jobs in American communities.

These types of green cards are sometimes issued to refugees and asylees, as well as to victims of human trafficking, abuse, and crime. Getting a visa as a member of one of these groups can be convoluted; therefore, we recommend consulting an immigration lawyer if you think you might be eligible,

The United States runs a "green card lottery" that randomly awards immigrant visas to up to 50,000 people yearly. Only applicants from countries with low rates of immigration to the United States are eligible to apply.

It is possible to obtain a green card if you have physically lived in the U.S. since January 1, 1972, whether lawfully or unlawfully. The applicant must have entered the United States before that date and must not have left the country since then.

Other green cards are also issued by the U.S. government, including those for special immigrants such as media professionals, religious workers, Afghan and Iraqi nationals who have assisted the U.S. government, and employees of international organizations. In some situations, green cards are also available to Cuban citizens and American Indians born in Canada. American Indians born in Canada and Cuban citizens may also be able to obtain green cards in some circumstances.

Moreover, the requirements for green cards are based on the specific visa for which you are applying. Check out our previous posts on the types of green cards for details. However, you must pass a background check for most green card applications. You may have to submit police reports from where you've previously lived. You will also need to pass a medical exam.

To begin with, the application process you'll follow will depend on where you currently live. If you're already in the United States, you'll often be able to file your application and remain in the country while it's being processed. This is called Adjustment of Status (AOS)
On the other hand, if you're currently outside the United States, you'll usually file your green card application from your home country and remain there. At the same time, it's processed by your local U.S. embassy or consulate. This is called consular processing.

However, the green card application process will follow the same basic steps.

U.S. Citizenship and Immigration Services (USCIS) will review and hopefully approve your petition. Once this is done, you will file your actual green card application unless you already did so through concurrent filing, using Form I-485 to apply from inside the United States or Form DS-260 to apply from outside the United States. For family-based green cards, your sponsor will also submit Form I-864, pledging to support you financially.

How Much Does an Immigrant Visa Cost?

On the other hand, the total cost of applying for an employment-based green card varies depending on the category under which you're using. You can expect to pay $1,225 for your green card application, but your employer could face additional filing fees and labor certification costs, potentially driving the total cost to around $10,000.

Congratulations on becoming a green card holder! After all the hard work, you are now free to live and work wherever you like across the United States. You also have a clear pathway to eventual U.S. citizenship. Reaching the point of gaining permanent residence in their newly adopted country is a crucial milestone. As the step before the ultimate goal of citizenship, holding permanent residence removes uncertainty regarding the future and your safety and security.

Your physical green card will be mailed to the U.S. address you put on your application. This can take up to 3 months, but you are allowed to remain in the United States and work for U.S. employers in the meantime.

Everything You Need to Know About the Canadian Experience Class

The Best Engineering Careers in Germany for Foreigners in 2022