How do you immigrate to the United States based on family ties? In other words, how can you sponsor your family members to get their green cards? Learn the ins and outs of family-based green card sponsorship and begin your journey toward becoming an American citizen! 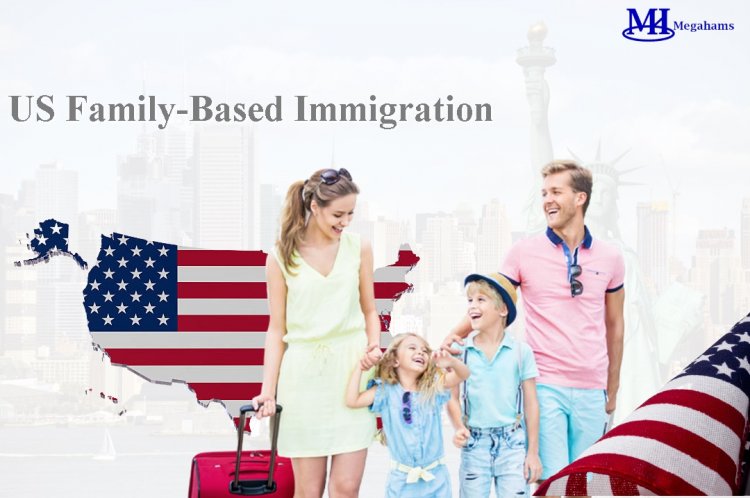 The United States has an immigrant visa program that allows certain members of an individual’s family to sponsor that person and their family to immigrate to the United States (in addition to other methods of gaining citizenship in the US). This program is known as family-based immigration, and it allows U.S. citizens and lawful permanent residents (green card holders) to sponsor their immediate relatives (parents, children, spouses, and unmarried minor children) so that they can obtain permanent residency themselves.

Based on the Sponsor provisions of the Immigration and Nationality Act, 8 U.S.C. Section 1154(a)(1)(A)(i), family-based green card sponsorship occurs when an immediate relative (spouse, unmarried child under 21 years old) of a United States citizen seeks to become a permanent resident based on their relationship with the sponsoring relative who is either the U.S. citizen’s parent or spouse who was admitted to living in the United States as an immigrant in any status or classification, including lawful permanent residence, or other family members of a U.S.

However, it’s not an easy process, so if you’re considering this option and want to find out more about what you need to do and how long it will take, read on!

What is a Family-Based Green Card?

Family-based green card sponsorship refers to the process of applying to US Citizenship and Immigration Services (USCIS) to sponsor close family members, such as siblings or children, so that they can apply for green cards. A family-based green card allows the sponsored individual to live and work in the United States indefinitely, provided that he or she stays out of trouble with the law and reports any change of address within 10 days.

A family-based green card is an immigration option that allows immediate relatives of U.S. citizens to apply for and receive green cards, which permit them to live and work in the U.S., without having to go through any kind of lottery or preference system, unlike other visa applications. Moreover, the family-based visa program currently accounts for about two-thirds of the more than 1 million green cards issued annually.

What are the Types of Family-Based Green Cards?

Furthermore, just like every other immigrant visa, the family-based green card has several subcategories. And each is determined by the family relationship that exists between the sponsor and the beneficiary of the visa sponsorship. However, there are two types of family-based immigrant visas: immediate relative category and family preference category.

Green card applications for each of these two groups are treated differently. The relationship between the visa petitioner and the beneficiary will determine the steps and processing time of the application.

This type of family-based visa is issued to close relatives of U.S. citizens, such as a spouse, child, or parent. The subcategory tops other types of family-based visas because there is no limit to how many can be issued in a year, and it also has the fastest adjudication process. Immediate relatives are categorized as follows:

These visa types are for specific, more distant, family relationships with a U.S. citizen and some specified relationships with a Lawful Permanent Resident (LPR). The number of immigrants in these categories is limited each fiscal year. Once the number has been reached for a particular fiscal year, other applicants will need to wait in visa line. The wait time can be for several months or years, depending on the visa backlogs in their category. Family preference green cards are:

How to Apply for US Family-Based Green Card

There are specific steps to follow in order for a U.S. Lawful Permanent Resident to successfully sponsor a family member. Although the application procedures and documentation for both types are the same, applicants whose petitions fall under immediate relative (IR) immigrants enjoy faster processing time than those who are family preference immigrants.

To begin with, the first step in a family-based green card application is the I-130 petition. The U.S. Lawful Permanent Resident family member will need to mail a visa petition on USCIS Form I-130, along with the necessary supporting documents, to U.S. Citizenship and Immigration Services (USCIS). The I-130 is filed to establish the familial relationship that exists between the petitioner (LPR) and the beneficiary.

After receiving the petition, the USCIS will process it and determine if all the family-based green card eligibility criteria are met by both the petitioner and the beneficiary. If the application is approved, the case file will be forwarded to the National Visa Center for further processing. If denied, it is possible for the petitioner to file a new petition after determining what changes need to be made to encourage approval.

Once the I-130 petition is approved, USCIS will forward the immigrant’s case file to the National Visa Center (NVC) for further processing. And if there is an available immigrant visa for the category, then the visa beneficiary will need to take the next step by either applying for status adjustment or going through consular processing. This will depend on whether the sponsored family member is in the United States or abroad.

This is a process in which you will need to file the 1-485 with the USCIS. This green card processing is for family members in the United States. This is your main green card application after establishing a qualifying familial relationship with the I-130 petition. It must be filled along with all the required documents attached. The I-485 and I-130 forms can be submitted simultaneously by applicants who are immediate relatives, meaning that their category does not have numerical limitations.

This is for family members outside the United States. In this case, the approved I-130 will be forwarded to the appropriate embassy or consulate in the country where you (the beneficiary) reside. Both the petitioner and beneficiary will be notified when the petition reaches the embassy or consulate. The notification will also contain when and how to proceed with your green card process. During the ensuing process, the immigrant will be required to fill out various forms, provide documents and take part in a medical examination. These next steps involve a one-on-one interview with a consular officer to verify your eligibility. The required form for this is the DS-260, Application for Immigrant Visa, and Alien Registration.

Furthermore, here are some of the most commonly asked questions related to family-based immigration.

Can a Green Card Holder Sponsor a Family Member?

If you are a lawful permanent resident (green card holder), you may petition for the following relatives, as long as you can prove the relationships:

On average, the I-130 (family sponsorship visa) filed by your sponsor takes between 6 to 12 months to be processed. The USCIS processes the petition on a first-come, first-served basis. Your sponsor can expedite the process by submitting the form as early as possible.

Being able to sponsor a family member for a green card is one of the best ways to bring loved ones into America. But it’s not as simple as writing a check and sending off your application. If you want to bring your parents, wife, or kids over here legally, there are many things you’ll need to consider along with who can be sponsored based on which types of visas they have. One thing you'll need to do before starting the process is to consult an immigration lawyer. You don't want to invest all this time and money in an application only to find out later that you're missing important documents or information! Proceed with the link below for more information on family-based green card immigration.