A Social Security Number (SSN) is issued to an individual by the Social Security Administration, an independent agency of the United States government. It serves as an identifier that helps track one’s income and also determines their benefits. 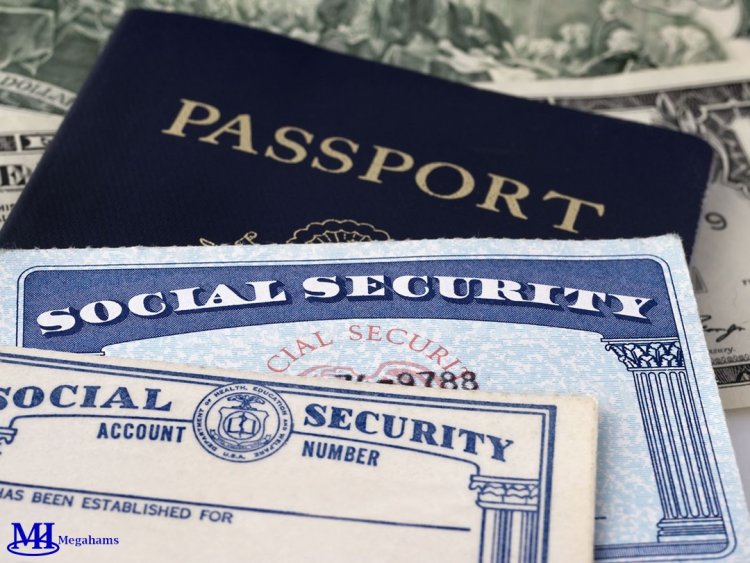 Social Security Numbers are very essential to all United States citizens, permanent and temporary residents. It allows them to have access to certain services. However, there are a considerable amount of people who own an SSN. There are also individuals who don't have one yet but are close to getting one and have no idea how the Social Security Numbers (SSN) are assigned.

This article will explain in full detail everything you need to know about Social Security Numbers and how they are assigned. So if you are an immigrant in the United States and wish to or are getting closer to obtaining an SSN, but don't know how Social Security Numbers are assigned. Just sit back and keep reading and this article will you an answer.

What is a Social Security Number?

A Social Security number (SSN) is a nine-digit number issued by the United States government to all US citizens, permanent residents, and temporary (working) residents who qualify to apply for it under section 205(c)(2) of the Social Security Act.

Moreover, the number is issued to an individual by the Social Security Administration, an independent agency of the United States government. It serves as an identifier that helps track one’s income and also determines their benefits. Social Security numbers have been around for a very long time, more specifically since 1935. It was created in 1935 as part of The New Deal to provide for retirement and disability benefits.

Although the original purpose for the number was for the Social Security Administration to track individuals, the Social Security number has become a de facto national identification number used for additional purposes, such as identifying individuals for tax purposes and tracking credit reports. Individuals in the United States are asked to provide their SSN to obtain credit, open bank accounts, obtain government benefits, and make major purchases, among many other pursuits

In the United States, anyone looking to obtain certain benefits will need an SSN. For instance, if you wish to apply for a job, the employer will request your SSN. Moreover, you will also need your SSN if you want to apply for a credit card or open a bank account.

How are Social Security Numbers Assigned?

Social Security Numbers are allocated through a process called "randomization". This process was introduced back in June 2011. This system retains the long-standing nine-digit format but assigns a number to each new Social Security cardholder randomly. Also, this process eliminates old methods that were used when Social Security was created in the mid-1930s.

Furthermore, before the 2011 switch, the first three digits were an area number with codes assigned to different states. The two-digit group number divided numbers into blocks within those geographic areas. And finally, the four-digit serial number individualized each full number within that block.

Meanwhile, the Social Security Administration assigns each SSN uniquely to one individual. Then, if that person dies, his number remains attached to his name for administering death benefits to dependents and survivors. Therefore, no SSN is reassigned to another person. However, in rare situations, such as for a victim of identity theft, the SSA assigns a new number.

Advantages of the New Randomization System

The original system reflected the record-keeping needs of an outdated era when Social Security data was organized for storage in filing cabinets. Besides being better suited to the digital age, randomization also comes with two advantages:

The randomization system allows the nine-digit Social Security number to last longer. The old system limited the range of numbers that could be issued within a given state. When randomization was proposed in 2007, there were some states that had fewer than 10 years’ worth of unassigned numbers.

Moreover, it makes things harder for identity thieves. By eliminating the geographical component of the first three digits, it becomes more difficult for criminals to reconstruct potential victims’ numbers using publicly available data like an address.

Not to mention that the numbers available were increased as the new system also expanded the pool of numbers by allowing unused three-digit codes to be assigned. Moreover, the randomization did not cause any Social Security Numbers to be replaced. The new system affects only numbers issued since it was put in place.

Just like we said earlier, each SSN is uniquely assigned to one individual. That is to say, if that person dies, his number remains attached to his name for administering death benefits to dependents and survivors. However, no Socia Security Number is assigned to another person.

Meanwhile, the SSN is composed of three parts; the Area, Group, and Serial number.

These are the first set of three digits. It is assigned by the geographical region. The Area Number is used to show the state from which the individual applied for the Social Security card for the first time.

These are the two middle digits, which served to break all applicants from a particular area into smaller blocks. Within each area, the group number (middle two (2) digits) range from 01 to 99 but are not assigned in consecutive order. Their purpose is for administrative operations, but knowing the order issued helps determine if a number is fraudulent. Group numbers issued first consist of the ODD numbers from 01 through 09 and then EVEN numbers from 10 through 98, within each area number allocated to a State.

Lastly, these are the last four-digit numbers at the end of the SSN. Moreover, within each group, the serial numbers (last four (4) digits) run consecutively from 0001 through 9999.

The SSN is frequently used by those involved in identity theft. Social Security numbers are frequently used as a personal identifier to obtain credit. They contain no biometrics and rely on documentation to prove validity.

They are susceptible to use for identity theft and fraud. This is because it is interconnected with many other forms of identification and people asking for it treat it as an authenticator.

Moreover, financial institutions generally require an SSN to set up bank accounts, credit cards, and loans—partly because they assume that no one except the person it was issued to knows it.

Furthermore, here are some of the frequently asked questions on Social Security Numbers (SSN):

How can I Find out if someone is using my Social Security Number?

Many people don't find out until it's too late. As there's no straightforward way to check and see if your Social Security number has been compromised. However, there are a few ways you can keep up-to-date with any unusual activity, including monitoring your credit reports and bank accounts, verifying your income with the Social Security Administration, and requesting tax transcripts with the IRS.

What can someone do with my SSN?

Your Social Security Number is one of, if not the most important pieces of personal information. Therefore, it is very important that you keep it confidential. Someone can impersonate you, obtain credit and open bank accounts, apply for jobs, steal your tax refunds, get medical treatment, and steal your government benefits using your SSN.

What should I do if my SSN is Stolen?

Contact the Social Security Administration if you suspect that your number is stolen. The agency can help fix any problems related to income. However, if you have problems with your credit, you must contact your financial institution and the credit reporting agencies.

You must fill out form Form SS-5 and provide the SSA with two documents that prove your age and identity, and citizenship or immigration status.

How long does it take to get an SSN?

The Social Security Administration mails an individual's SSN and cards as soon as it receives all the necessary information and documentation. However, this can take as long as two to four weeks, especially when the administration is facing delays.

In conclusion, getting an SSN is a must if you want to be able to enjoy certain things like obtaining a job and getting some benefits based on your income. However, it is a major factor in identity theft. Since all of your financial records, education, driver's licenses, insurance, and health care are tied to your SSN. This is why it's so important that you keep it confidential.

What are the Top Immigration-Friendly Countries in 2022

How to Find Sponsored Jobs in the Netherlands as a Foreigner

Karen McKellin International Leader of Tomorrow Award at the Universit...