Everything You Need to Know About Green Card Explained

Having a Green Card (officially known as a Permanent Resident Card allows you to live and work permanently in the United States. The steps you must take to apply for a Green Card will vary depending on your individual situation. Continue reading to learn more. 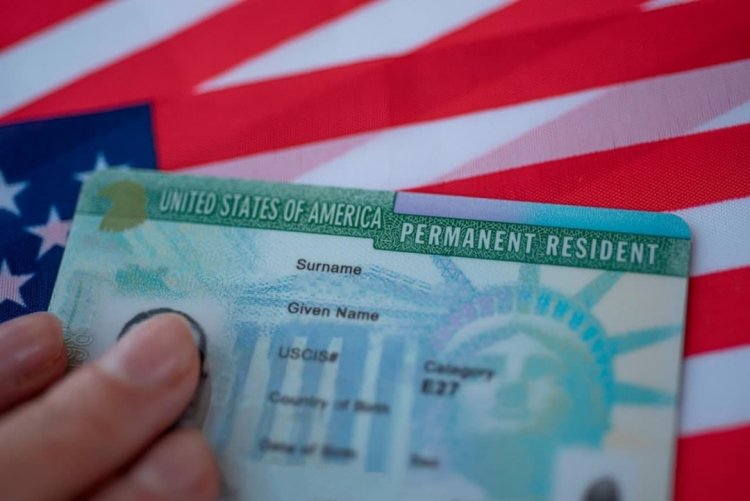 Most foreign nationals outside the United States want a green card because it will grant them the authorization to live and work anywhere in the US. And also be eligible to apply for US citizenship after three or five years. However, if you are looking to apply, this article will explain everything you need to know about green cards. So you’ll know what you need when planning to move to the United States.

Every year, the US government issues more than a million green cards. Most are given to family members of US citizens and current green card holders. Then followed by workers from other countries seeking employment in the United States as the next biggest group of recipients. As of 2019, there are an estimated 13.9 million green card holders of whom 9.1 million are eligible to become United States citizens.

Moreover, the card is known as a "green card" because of its historical greenish color. It was formerly called a "certificate of alien registration" or an "alien registration receipt card". Green card applications are decided by the United States Citizenship and Immigration Services (USCIS), but in some cases, an immigration judge or a member of the Board of Immigration Appeals (BIA), acting on behalf of the US Attorney General, may grant permanent residency in the course of removal proceedings.

Furthermore, there are many categories of green cards. But the most common types are as follows:

These are green cards through refugee or asylee status. These refer to people who fear or have experienced, persecution in their home country. This may be as a result of their race, religion, nationality, political opinion, or membership in a particular social group. However, they can seek protection in the US by applying for a visa from abroad to come as refugees or from within the United States to remain as asylees.

However, you may be eligible to apply for a humanitarian green card as an asylee or as a refugee if you were granted asylum or refugee status at least 1 year ago. Moreover, children and spouses (and in some cases, other family members) of refugees and asylees may also seek protection in the United States under these programs and eventually apply for a green card.

Every year, around 50,000 immigrant visas are made available under the US “green card lottery (officially known as the “Diversity Visa Lottery Program. The US government randomly selects up to 50,000 people who were born in countries with low rates of immigration to the United States in the past five years.

However, the share of green cards distributed to any one country is capped at 7%. Moreover, applicants can only qualify by country of chargeability, not by citizenship. Anyone who is selected under this lottery will be given the opportunity to apply for permanent residence. They can also file for their spouse and any unmarried children under the age of 21.

Furthermore, most lottery applicants live in their home countries at the time they cast their entries. Whereas some already live in the United States under a different type of immigrant status. However, if permanent residence is granted. The winner receives an immigrant visa in their passport that has to be activated within six months of issuance at any port of entry to the US.

But if already in the United States, then adjustment of status may be pursued. The new immigrants will receive a stamp on the visa as proof of lawful admittance to the US. Afterward, the individual is now authorized to live and work permanently in the United States. Finally, the actual green card typically arrives by mail within a few months.

Individuals who have physically lived in the US may apply for a green card through a special process called a registry. You may be eligible to register for a Green Card if you have resided continuously in the United States — lawfully or unlawfully since before January 1, 1972.

Moreover, the registry is a section of immigration law that enables certain individuals who have been present in the United States since Jan. 1, 1972, the ability to apply for a Green Card (permanent residence), even if they are currently in the United States unlawfully.

Furthermore, you may be eligible to receive a Green Card (permanent residence) under the registry provisions if you meet all of the following conditions:

Moreover, the United States also issues many other types of green cards besides the aforementioned ones. Some of these include green cards for “special immigrants,” including media professionals, religious workers, Afghanistan and Iraq nationals who have served the US government under certain capacities, and other types of workers who have served in an international organization. Others include green cards for Cuban citizens and American Indians born in Canada.

If you want to apply for a green card, you should first find out if you are eligible. If you are, file Form I-485 - Application to Register Permanent Residence or Adjust Status with USCIS. Including all supporting documents and fees. Then, USCIS will review your application and schedule an interview with you. Once issued, your Green Card will be valid for 10 years.

A permanent resident card gives you official immigration status in the US. It also entitles you to certain rights and responsibilities. And is required if you want to naturalize as a US citizen. However, you should also get familiar with the immigration, visa, or green card process. This can help protect your personal information and money against scammers.

Cheapest Countries to Study in Europe for International Students 2023

FIFA Research Scholarships and Financial Aid 2022/23 for Study in Swit...

Scholarships in Australia for International Students: Don't Miss Out!

The UK Visa Lottery: Ready to Win a Visa?