Do you want to know the best way to get a visa stamp on your passport without going through the hassle of getting a job or volunteering abroad? Or do you want to know about the lotteries available for foreign nationals so you don’t miss out on the chance to apply for an entry visa? Then keep reading! We've got everything you need to know about applying for a visa lottery program, including what it is and who can take part. 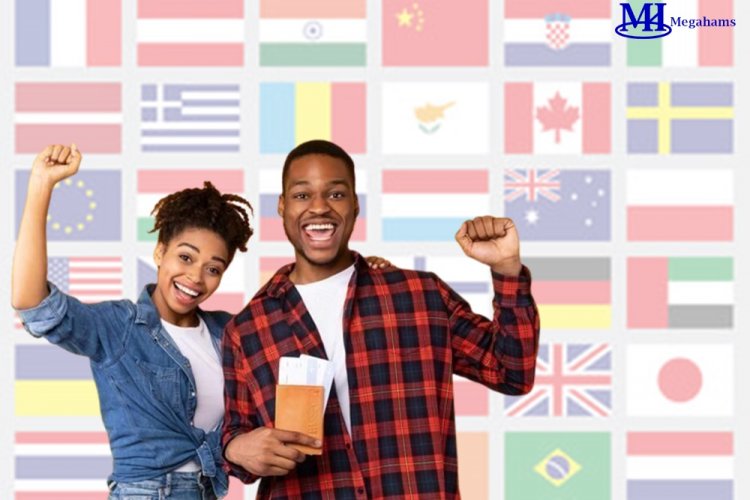 If you’re thinking about leaving your native country to take a break or maybe even making it your permanent home, you might be interested in the options available. The process of immigrating to another country can be costly and time-consuming. However, that doesn’t mean there is no way around these costs or challenges.

A growing number of countries are now offering visa lottery programs for people who want to live there temporarily as an expatriate. These lotteries grant entrants the opportunity to apply for one of the limited numbers of visas by random drawing from the pool of applicants. This article will provide readers with comprehensive insights on how these programs work, details on eligibility criteria, popular visa lottery programs abroad for foreigners, and more.

Meanwhile, the United States established the visa lottery program according to the Immigration Act of 1990. The program is aimed at randomly awarding immigrant visas (green cards) to citizens of countries that send few immigrants to the U.S. However, other countries do not have immigration visa lottery programs as the United States does. The U.S. has an immigration program, Diversity Visa, allowing individuals to obtain green cards. Other countries, such as Canada, don't have diversity visa lottery programs but have several different programs that offer draws every week, allowing individuals to obtain permanent residency, comparable to the US Green Card.

Meanwhile, here's detailed information about the diversity visa lottery program and similar immigration programs for other countries comparable to the green card lottery.

This program awards 50,000 visas annually to people from countries with low rates of immigration to the United States. The DV Program is administered by the U.S. Department of State (DOS) to increase the diversity of the immigrants coming to live in the United States. It’s a way for individuals and families who otherwise wouldn’t have any way to legally immigrate to the United States to get a green card.

In the past, most of the entrants to this program were randomly selected from the pool of applicants who met specific criteria. In the past, the program was known as the “Green Card Lottery,” but this changed in March 2018. The name was changed from the “Diversity Immigrant Visa Program” to “Diversity Visa Lottery.” Even though the name has changed, the program itself has not changed. The only difference is that the program now focuses more on the country you’re from and less on the type of visa you’ll receive if you win the lottery.

Read more about the diversity visa lottery in the United States

Canada Express Entry is a system where the government of Canada uses a computerized system to rank candidates that can be invited to apply for permanent residency. The system manages three main federal economic programs. Canada is all about merit. To immigrate to the country, you must fulfill specific requirements, and the immediate need is the Comprehensive Ranking System (CRS). The CRS ranks applicants based on their eligibility, education level, skills, work experience, language ability, and other factors.

The German government has announced plans to overhaul its asylum legislation to improve the conditions of those seeking refuge. While asylum-seekers who enter the country legally will no longer be issued permits or banned from working, those who do not qualify for protected status and wish to stay will need a different visa to remain in Germany legally. One can take several paths toward getting a German residence permit and staying in the country as an asylum-seeker or other lawful resident. The process may be challenging, but with knowledge and perseverance, most would be less convoluted.

Read more about the visa lottery programs in Germany

The Australian visa lottery is a system where the government randomly selects citizens to obtain a permanent resident visa. It’s similar to the U.S. diversity visa program, which grants green cards to immigrants who have contributed to their country of origin through skills and achievements. In Australia’s case, the government awards 50 visas per year to citizens who are not married or in a de facto relationship; those selected may apply for an independent temporary (subclass 198) or permanent resident visa (subclass 8). Both partners must be chosen equally, one from each eligible country.

The UK visa lottery is a chance to win a short-term or long-term visa to the United Kingdom. This article will tell you everything you need to know about the UK visa lottery system and how you can increase your chances of being selected. The UK has both a dedicated and integrated immigration system for visitors. Citizens of most countries are eligible for a visitor's permission to travel in, study, work or visit for up to six months. The British government annually awards more than 200,000 visas through various visa types (including the UK visa lottery). With so many people trying their luck - either through volunteering or playing the lotto - there are bound to be winners now and then.

Read more about the visa lottery programs in the United Kingdom

In conclusion, other countries like Canada don't offer diversity visa lottery programs. Some websites will advertise that they do. These can be misleading, and some may be scams. However, this does not mean you cannot immigrate to such countries. There are several other options for immigration that can lead to permanent residency. This means there are many options available for prospective immigrants. If you’re interested in an immigration lottery, you should check the link above for more information on the US Diversity Visa.

How to Study Abroad in 2022 - Complete Guide for International Student...

The Australian Visa Lottery: What You Need to Know

Guide to Finding Part-Time Jobs in the United Kingdom for Internationa...