A family visa allows people to come to Australia to live and work with their families. If you want to bring your husband, wife, or kids to Australia, read on for more details about the Family Migration program and how to apply for an Australian family visa. 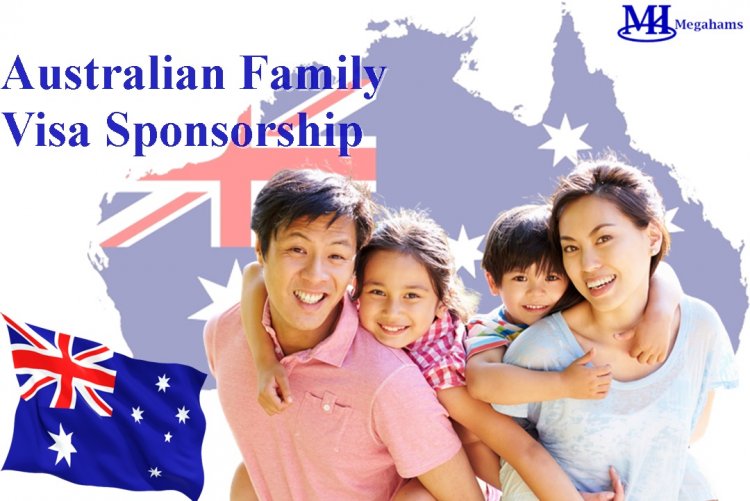 Australian citizens and permanent residents have the option of sponsoring their family members to immigrate to Australia, under the Australian Family Visa sponsorship program. If you have siblings, nieces, nephews, or other relatives who are not eligible to live in Australia under any other visa program, this program may allow you to sponsor them to come live with you in Australia. To learn more about how to apply for an Australian family visa, keep reading below!

The process of sponsoring a family member for an Australian visa can be confusing and overwhelming. But don't worry! This step-by-step guide will walk you through everything you need to know, from start to finish.

What Does Family Sponsorship Mean?

Australia is a country that has always encouraged family migration to Australia and the integration of multiple ethnicities to improve the nation's economy. Family visa sponsorship is a way to provide families opportunities to establish their roots in the country and thrive together.

Meanwhile, there are different categories of family visas that the sponsoring person may choose from to bring their family members/ dependents to Australia. They are as follows:

A partner visa is for fiancé(e)s, spouses, and de-factor or same-sex partners of Australian citizens, Australian permanent residents, and eligible New Zealand citizens. Under this class, a spouse or fiance/ fiancee is allowed to immigrate to Australia for settlement. Candidates migrating to this country with this visa are initially allowed temporary settlements followed by permanent residency after a couple of years.

The first requirement of a partner visa is to show evidence that your relationship is genuine and lasting and that you intend to live together on a permanent basis. Only one application is necessary for a partner visa which includes the temporary visa and the permanent resident visa. The temporary visa is issued for the partner to travel from his/her home country abroad to Australia where he/she may then adjust his/her status to permanent resident.

Immigrating candidates must have a partner in form of:

Parent Visa is offered to applicants who have eligible children who stay in Australia as citizens, permanent residents, or eligible citizens of New Zealand. This category of family visa immigration in Australia is mandatorily sponsored by children residing in this nation.

Parent Australian visas are issued for both working and aged kinds. Applicants immigrating on this visa option might take up employment in Australia. Few Parent visas initially are offered for temporary settlement which could be changed to a permanent type subject to your application. There are two categories of parent visas - Aged Parent (Residence) (Subclass 804) and Parent (Migrant) (Subclass 103). There's also an option for 'Contributory Parent Visa' which assures faster processing of immigration though at a higher cost.

Dependent children are always welcome to join their parents in Australia. While it is an option for the children to migrate to Australia with the migrating parent, sometimes children migrate separately. Just as the Parent Visa, a Child Visa is also issued under several sub-classes. There are visas for biological children, orphan relatives and adopted children of Australian citizens, Australian permanent residents and eligible New Zealand citizens - these children may receive permanent resident visas, meaning they can live in Australia permanently and eventually apply for citizenship.

There are also visas available for children, under the age of 18, of persons who in Australia on temporary student, worker or business visas. In general, the sponsorship of a child visa is necessarily to be done by a parent who is permanently settled in Australia, a citizen of this country, or a qualified New Zealand citizen.

Other family visa pathways are created for Brothers, sisters, dependent relatives, caregivers, and other relatives of residents and citizens of Australia and New Zealand. Who may also immigrate to Australia initially on temporary visa later changeable to permanent type. These family visas in Australia are sponsored by:

How Much Does a Family Visa Cost?

The cost of a family and relative visa changes depending on which visa you apply for. You may have to pay between AUD370 up to AUD6,490. However, for most family visas you are required to pay the visa fee in two instalments which means you don’t have to pay the full price when you initially apply for the visa. However, keep in mind that for every visa you have to pay additional fees if you are bringing your family members to Australia.

How Long Does It Take to Get a Family Visa in Australia?

The Australian immigration system sets aside over 60,000 visas each year for family members of Australian citizens, Australian permanent residents and eligible New Zealand citizens. This represents over one-third of the total visas distributed per year. Family visas are given under the "Family Stream" program.

The process of sponsoring a family member for an Australian visa can be long and complicated. But it's worth it to be able to bring your loved ones to live with you in Australia. With careful planning and a bit of patience, you can make the process go smoothly. Visit the official website of the Australian immigration authorities using the link below for more information.

Canada Express Entry: How to Apply for Canada Immigration