The Best Engineering Careers in Germany for Foreigners in 2022

Germany, one of the most advanced nations in Europe, offers some of the best engineering careers in the world. If you are looking to work in Germany as an engineer, it’s essential to understand the engineering industry inside and out before accepting any job offer. After all, your career hinges on it! 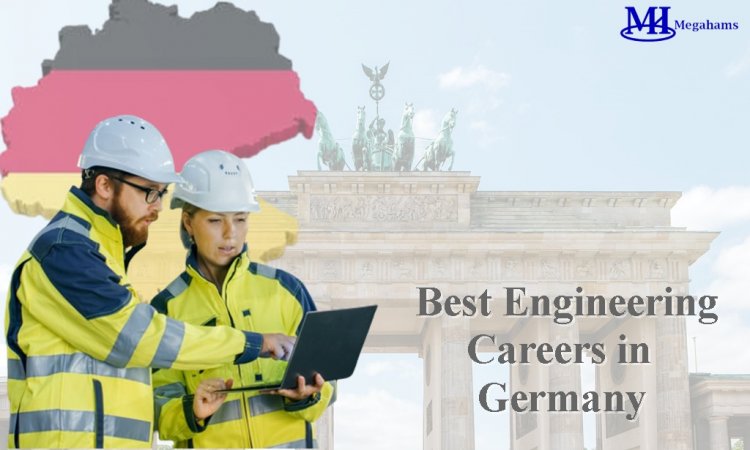 Engineering careers in Germany are booming, thanks to an increasing number of startups and an ambitious German government that’s aiming to become the global leader in everything from renewable energy to driverless cars by 2050. If you’re looking to get into Germany’s thriving industry, you should take this into account when planning your career path, as well as learning about the best engineering careers in Germany for foreigners in 2022.

Job Prospects for Engineers in Germany

In general, the job prospects for engineers in Germany are good. The country is home to many large companies that are always looking for qualified engineers. The engineering field is also growing at a steady pace. As an engineer, you can work in various fields, for example in technical production planning and management, quality assurance, construction, or in machine and model construction. Many well-qualified engineers work in leadership positions.

However, the competition for jobs can be fierce, so it's important to have a strong CV and cover letter. There are also many opportunities for freelance work, so don't be afraid to start your own business! If you want to get ahead in this competitive industry, it's wise to make connections with other engineers through social media or through attending events like conferences. It never hurts to go into an interview armed with knowledge about the company you're interviewing with too! Finally, if you plan on moving abroad from another country, take some time to learn about the German language before starting your new life in the country.

Almost all majors of engineering are in high demand in Germany, particularly mechanical, automotive, and electrical. Here are some of the most popular engineering jobs in Germany.

Aerospace engineers design, develop, and oversee the production of aircraft and spacecraft. They are employed in a variety of industries, including aerospace manufacturing, defense, and consulting. Aerospace engineering is a highly technical field with good job prospects and salaries. In Germany, aerospace engineers earn an average salary of €60,000 per year. Job prospects are excellent, given that there is currently no shortage of jobs in this sector. However, in order to work as an aerospace engineer in Germany, you will need a bachelor's degree or higher qualification (Master's degree) from a university that includes at least three years of study in mechanical engineering, aeronautical engineering, or similar fields.

Germany is a renowned destination for engineering students and professionals. The country offers excellent career prospects and salaries for software engineers. In order to be eligible for a position, you need to have a strong educational background and be proficient in German. The average salary for a software engineer in Germany is $60,000 per year. If you are fluent in German and have an undergraduate degree, then this might be the perfect job for you. Software engineers can expect to make an average of $74,000 annually with five years of experience.

As a civil engineer, you will be responsible for the design, construction, and maintenance of infrastructure projects such as bridges, roads, and dams. The job prospects for civil engineers are good, as the demand for infrastructure projects is expected to grow in the coming years. Salary prospects are also good, with civil engineers earning an average salary of €60,000 per year. Engineers who hold higher qualifications or who have gained experience can earn much more than this. Civil engineering has one of the highest rates of women entering the profession at just over 40%.

Germany develops a large number of mechanical engineers as a result of its strong industrial sector. These engineers can work in a wide variety of fields that utilize the latest technics, such as automotive, shipbuilding, and manufacturing. In Germany, there are currently fewer than 5,000 skilled workers in this field and also about the same number of engineers. A degree in mechanical engineering is a prerequisite for this career. At the beginning of their career, mechanical engineers earn around 40,000 to 45,000 EUR gross.

Nowadays electrical engineers are needed everywhere there is civilization in the smartphone and laptop age. An electrical engineer develops and manufactures electrical, electronic, and energy-related equipment. A degree in electrical engineering is in high demand in the German labor market. Students can expect that demand will continue to increase steadily. BMW, Volkswagen, Daimler, Samsung, Siemens, and Sony are all large German companies with large numbers of employees and a constant need for talent. In Germany, an electrical engineer usually earns around 60,000 euros per year.

If you're looking for a great engineering career in Germany, there are plenty of options to choose from. Just remember to do your research, apply early, and be prepared to show off your skills. With the right attitude and a little bit of luck, you'll be on your way to a successful career in no time.

Best Engineering Jobs in Australia for 2022

Study Abroad Scholarships for International Students to Apply for thei...

How to Study in the UK as an International Student